If you are unable to join games on your Xbox One or communicate with friends through Xbox Live you might have a Network Address Translation (NAT) issue. If you do have a NAT error you will see an indicator on your Network Settings screen or possibly on your dashboard depending on your personal settings.


DISCLAIMER: These guides are intended for anyone to use. However, technical support is only provided to customers who have Nex-Tech services.

You will find your NAT status under Network Settings 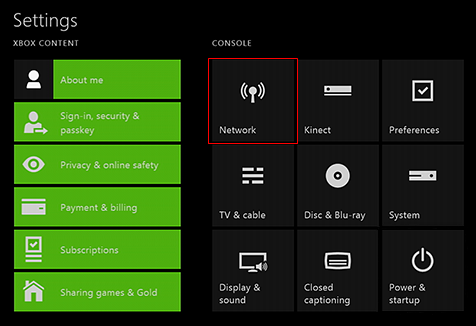 Under Network Settings you will see NAT Type 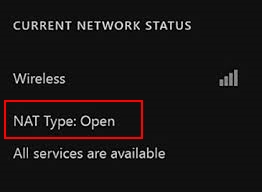 To find your NAT type and test your connection:

Choose your brand of router:

Setting up a Comtrend for Port Triggering:

Setting up a Linksys for Port Triggering:

To setup Port Forwarding, there are two main parts that must be done. The first which is covered below is to set the Xbox One up with a static IP. The second is actually setting up your router with Port Forwarding.

Part 1. Enabling a static IP on your Xbox One


Choose your brand of Router:

Part 2. Setting up Port Forwarding on your Comtrend router

Part 2. Setting up Port Forwarding on your Linksys router


How to set up a DMZ for your Xbox One router

A Demilitarised Zone, or DMZ by it’s more familiar term, is a security protocol that puts a particular device – in this case your Xbox One – outside of the boundaries of the router, in essence unblocking every port rather than just game-specific ones. While using this on your PC would make it vulnerable to external attacks – such as viruses – using it on your Xbox One won’t be problematic, though using DMZ is more of an extreme fix if you’re having consistent connection problems.

1. First you’ll need to find out what the IP address of your Xbox One is. Go into the Advanced Settings from the main Networks Settings menu. Here you’ll see a list of numbers on the right-hand side, with the console’s IP address. Note this down, you’ll need this later.

2. Now access your router. This time you are looking for the term ‘DMZ’, which is often located within other menus to do with your router’s security or firewall details. It may also appear as ‘DMZ Host’ somewhere in the router menus.

3. In the DMZ option you’ll need to specify which device the DMZ will be added to, in this case, your Xbox One. Enter the IP address of the Xbox One that you noted down earlier and then enable the DMZ – now your Xbox One is free of restrictions.

Playstation4 - Connecting to the Internet

Xbox 360 - Connecting to a Wireless Connection

Xbox 360 - Configuring for a PPPoE Connection

Wii - Connecting to a Wireless Connection

Playstation3 - Connecting to a Wireless Connection

Xbox One - Connecting to a Wireless Connection